A HISTORY OF BRAIN SCIENCE
Scientists have long been studying the brain. Join us to take a look at historical brain maps, admire historical objects from the University’s Museum of Medicine and Health [LINK], or travel back in time to receive advice from our phrenologist in residence, who will judge your mental abilities by studying the shape of your scull.
Fun activities:
●  The Phrenologist in Residence
●  Old instruments & objects from the Museum of Medicine and Health

Discovery zone 1: The Phrenologist in Residence

Its 19th-century promoters praised phrenology as ‘the only true science of mind’. Based on the theories of the Viennese physician Franz-Joseph Gall (1758-1828) [LINK], phrenologists assumed that the brain was the organ of the mind and that the mind was composed of distinct faculties, which each were located in a specific location, or ‘organ’ in the brain. The shape of the brain, they assumed, was determined by the relative development of the various ‘organs’ and the shape of the skull allowed conclusions about the shape of the brain.If an ‘organ’ was particularly large, the phrenologists assumed, it had a stronger influence on the character of the owner of the brain. Studying the shape of the skull allowed the phrenologist to judge the size of the various ‘organs’ and, thus, to make statements about the character and mental capacities of the person whose head was being studied.

Promoted by Gall and his disciple Johann Gaspar Spurzheim (1776-1832) [LINK], phrenology turned into a popular activity for middle-class men (and in some instances women) from around 1815. Phrenologists would meet regularly in many local phrenological societies, alsoin Manchester where William Bally stood out as a prominent phrenologist and producer of phrenology busts [LINK].

However, phrenology had a large and growing number of critics [LINK]. Like many popular science movements, phrenologists celebrated confirmations for their theories but tended to ignore evidence that seemed to contradict them. Phrenology never achieved the status of a recognised scientific discipline and was increasingly discredited as pseudoscience. Ironically, many of its premises have been vindicated, while its practices have not. For example, the principle that many functions are localized to certain centres in the brain is commonplace today. But the shape of our skull does not reveal our character.

Some specialised “centres” in the brain. Come to the “Grey matter matters” zone to learn more.

Phrenology was a citizen science of the Regency and early Victorian era: everyone could join in. On Manchester Day you will have the opportunity to visit our Phrenologist in Residence. You will be able to utilise our Phrenology heads and charts and engage in a bit of ‘bumpology’ yourself. Find out how large YOUR ‘Benevolence’ organ is [LINK]! What will the bumps on your head tell you about personal qualities that you may not have thought about before? If you want to find out more about phrenology and its history, please read on here.

Discovery zone 2: Display of Objects from the Museum of Medicine and Health

An instrument developed by James McGregor in the 1940s to treat severe psychiatric disorders such as schizophrenia.

You will have the opportunity to view a selection of historical objects from the collections of the University of Manchester’s Museum of Medicine and Health [LINK], related to practices in neurosurgery, the treatment of mental illness and the study of brain anatomy.

The Museum is one of the most extensive collections of medical artefacts in England. Spanning over 300 years, the collection represents a significant educational and cultural asset for the Faculty of Medical and Human Sciences at the University of Manchester. We frequently contribute to exhibitions and run events to ensure engagement with the collection.

Discovery zone 3: How did we discover what your brain does?

Everyone now knows that we think with our brain, but for most of humanity’s history, that role was taken by the heart. How did we work out what the brain does?
Go and listen to the most entertaining and informative talk by Matthew Cobb at 3.30h in the Ante room (age 10+). 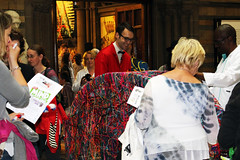 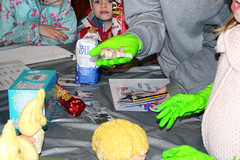 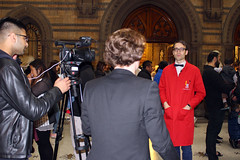 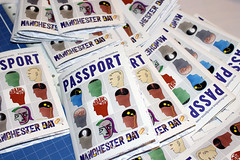 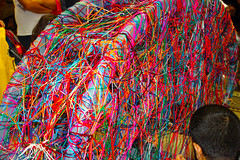